The second competitive week of the DPC: EEU Upper Division Winter Tour is over. Let's take a look at the teams' standings. 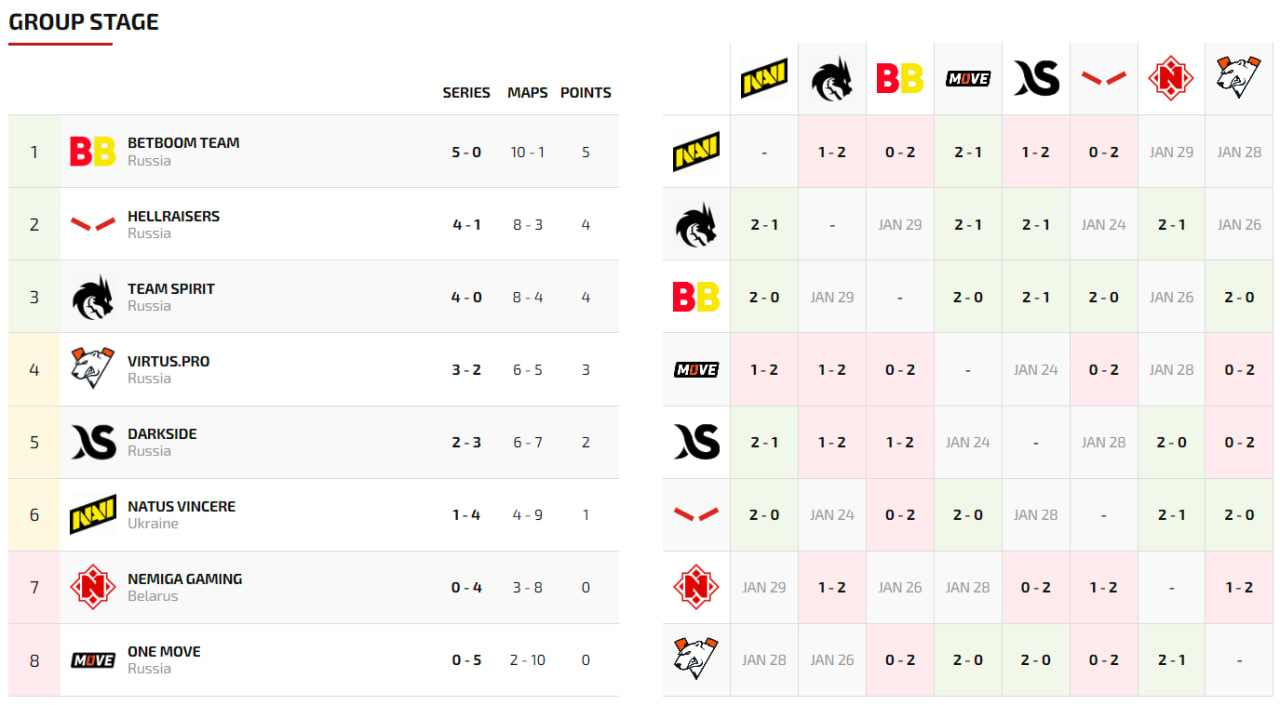 After 2 weeks, BetBoom Team and Team Spirit are at the top of the list. Both teams are currently undefeated: the former has already won 5 games, the latter 4. But even this result doesn't guarantee them an invitation to The Lima Major 2023. There is still a mathematical chance of tie-breaks.

At the bottom of the table are Natus Vincere, Nemiga Gaming, and One Move. The teams have lost 4 matches each. They probably won't make it to the major and are fighting for survival. Natus Vincere has the better position due to the only victory over One Move.

Another game day in the Upper Division of the DPC: EEU Regional League ended, and two new participants of The Lima Major 2023 were determined. They are BetBoom Team and Team Spirit.

The duo of Esportsmen of BetBoom Team, Vitalie "Save-" Melnic and Egor "Nightfall" Grigorenko, haven't lost a single match since the launch of the DPC: Eastern Europe Regional League. They currently have 17 wins.

BetBoom Team has produced a video with its members. Esportsmen play a Dota 2-themed association game.